The Town of Crested Butte sits at an elevation of 8,885 feet and was incorporated in 1880. Though rich in coal deposits, Crested Butte was initially a supply town for surrounding hard rock mining camps.  The Denver & Rio Grande Railroad (D&RG) connected this isolated valley with the wider world. Following the silver crash 1893, coal became the primary industry. The first coal mine, opened in 1881 by the Colorado Coal & Iron Company (CC&I), was named the Crested Butte Mine and is now known as the Jokerville Mine. In 1884, an explosion caused the death of 61 workers and the mine closed. The largest coal mine, the Big Mine, operated from 1894 to 1952 and was owned by Colorado Fuel and Iron Company (CF&I). At its peak, the Big Mine employed 400 men and produced 1,000 tons of coal a day.

Today, Crested Butte is known for its recreational opportunities, creative arts scene and rich local history. It is home to the oldest mountain bike club in the word, the Crested Butte Mountain Bike Association (CBMBA), which has established over 450 miles of single track since its founding in 1983. In 2015, Crested Butte became a Colorado Creative District to support and promote the local creative economy.  Crested Butte was designated a National Historic District in 1974, preserving the Town’s architectural character dating back to the 1880s. The Crested Butte Mountain Heritage Museum is located in the heart of Crested Butte’s historic district. Its mission is “to preserve and share the uniquely diverse cultural history of the Gunnison Valley. We make the past a living part of the future.” Exhibits, tours and educational programming cover a wide range of local history, including CF&I and mining history. 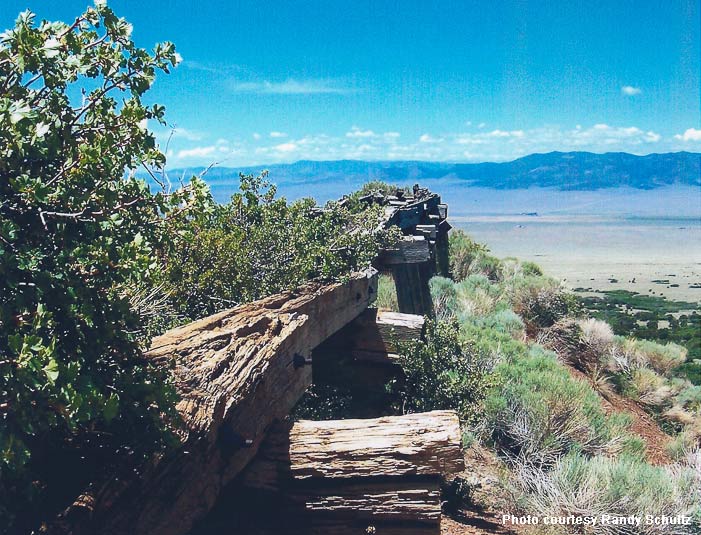 The Orient Mine, active from 1880 through 1932, was the largest producer of iron ore in Colorado, having produced about two million tons of limonite. It is believed that the name Orient came from the Old French word meaning east (rising sun), since the mine is located on the eastern side of the San Luis Valley. (There is no evidence of Chinese or other Asian miners working in the mine.) The Orient Mine had two associated town sites - one in the upper area in the early years and the lower town site which was active in the early 1900's. Today nothing remains of the towns except stories and a few foundations.

At its peak, the town of Orient had a population of more than 400, supporting a library, barber shop, school, 2 restaurants, a boarding house for 300, a saloon, a milling company and other small businesses including a supplier of work clothing.
Today, the Orient Mine is significant because for the last forty years or so it has been home to nearly 250,000 migratory bats. Bats were first documented at the Orient Mine in 1967 and have played a vital role in the chemical- and pesticide-free agriculture of the Valley. The Orient Mine is a designated Colorado Natural Area and Colorado Division of Wildlife Watchable Wildlife site.

Access to the interior of the Orient mine is currently prohibited due to White Nose Syndrome, a fungus that severely disrupts the sleeping pattern of hibernating bats to the point of colony collapse. White Nose Syndrome has not been found in Orient Mine as it doesn't, so far, affect migratory bats, but the Orient Mine is also home to five or six populations of hibernating bats. OLT's voluntary closure of the mine is part of similar closures throughout the American West to prevent the spread of this disease.

The mine is also a glimpse into the geologic history of the Sangre de Cristo Mountains and the San Luis Valley, a glimpse into a past that begins over 1 billion years ago. Its more recent history as an iron mine, starting in the late 1800s, has connections to Colorado mining history.

John Cleveland Osgood, founder of CF&I, established Redstone as a model village at the turn of the twentieth century to demonstrate the company’s new concept of town planning and labor-management program of welfare capitalism, best identified as industrial paternalism.   Redstone was the gem of the new CF&I towns built in the early 1900s.  Today, it is one of a few extant model villages of its kind in the nation.

A flourishing community by 1903, the village provided housing for the cokers, the men who worked the 250 “beehive” brick coke ovens across the river, and their families.  The ovens processed the coal from the Coalbasin mine above, producing up to 11,000 tons of top grade coke a month, which was shipped by rail to the steel mill at Pueblo.

The Redstone Inn housed the bachelor employees, while more than 85 individually designed, colorfully painted cottages, each with electricity and running water, showcased CF&I’S commitment to provide superior living conditions for employees.
Osgood constructed his own palatial residence a mile above the village, with décor and furnishings befitting the luxurious lifestyle of “The Fuel King of the West.”

By 1909, as demand for coke plummeted, CF&I abandoned the mine and ovens, leaving the village in isolation.   An active community again today, Redstone’s history still beckons.  Many of the original cottages remain as reminders of the industrial past.  The Redstone Museum, the former miners’ lamp house at Coalbasin, houses artifacts from the area’s mining days.  Restored coke ovens provide an informative glimpse into their former usage and productivity.  Tours of Osgood’s elegant manor, the Redstone Castle, offer intriguing stories of the village’s illustrious founder and his ambitious vision of industrial betterment.

Redstone, “The Ruby of the Rockies,” is today, as in the past, a national historic treasure.